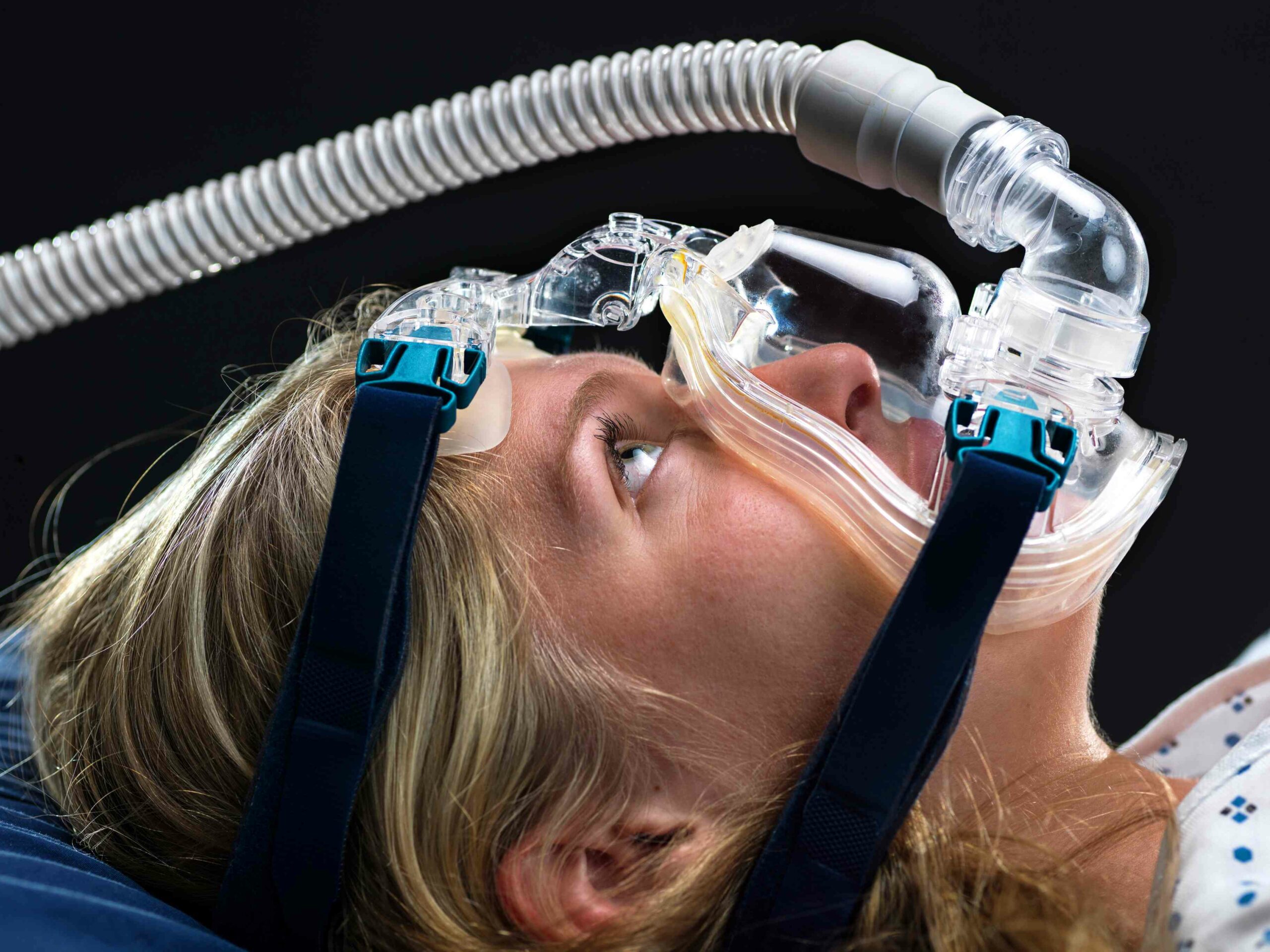 There are many possible therapies for sleep apnea.

An oral appliance is a different treatment option for obstructive sleep apnea treatment that “works to press the lower jaw forward to effectively free up the airway area below the tongue,” according to Dr. Won. For thinner, younger individuals with mild to severe obstructive sleep apnea caused by an anatomical issue, this is often a suitable alternative. The American Academy of Dental Sleep Medicine describes the appliance as a personalized device resembling an orthodontic retainer. It is usually worn every night.

Treat the underlying issue: There are several fundamental causes of central sleep apnea, leading to various therapies. The major therapy strategy is focusing on the underlying problem, even while CPAP and other equipment supply breaths to the patient when the brain doesn’t communicate that a breath could help. For instance, if central apnea and heart failure are linked, improving the therapy for heart failure may help with central sleep apnea.

Review your medication: It could be required to change drugs or make certain modifications if sleep apnea is caused by medication. “ We make every effort to lower dosages or locate substitute painkillers if opioids are the cause of central sleep apnea, adds Dr. Won.

Reduce your weight since being overweight or obese, even in a modest amount, might narrow your airways and cause sleep apnea. Although the precise process of how tongue size affects sleep could not be identified, a 2020 research from Penn Medicine that was published in the American Journal of Respiratory and Critical Care Medicine concluded that it had to do with tongue fat. The severity of sleep apnea was shown to be reduced by lowering tongue fat via weight reduction.

Exercise: According to a large 2020 research published in the Journal of Clinical Sleep Medicine, increasing physical activity—either by eight minutes of intense daily exercise or by 20 minutes of walking—is linked to a decreased incidence of obstructive sleep apnea. Dr. Won continues, “It is preferable to exercise in the morning or early afternoon to give you that daytime energy and enhance your sleep.”

A comprehensive evaluation of research that was published in 2020 in Sleep Medicine found that those who drank more alcohol—two drinks or more per week or more—were more likely to develop sleep apnea.

Alter your sleeping position: When you sleep on your back, your tongue and soft palate may rest against the back of your throat, obstructing your airway. Experts advise side or stomach sleeping as a result.

Try nasal decongestants: Research reveals a connection between nasal congestion and sleep apnea. Antihistamines or decongestants may be beneficial in reducing congestion, but you should see your doctor before taking one on a regular basis.

Surgery: There are a few solutions available if none of the previous treatment options work. The first option is an operation to widen the airway, such as a tonsillectomy or jaw advancement, but only for those who exhibit “clear evidence of anatomical airway blockage,” according to Dr. Won. Another alternative is to have an upper airway stimulator implanted; this device is “like a pacemaker for the tongue” and is placed in the chest wall. During sleep, she explains, “this stimulates the tongue to prevent it from collapsing into and obstructing the airway.”

The diagnosis of obstructive sleep apnea is not always straightforward. According to Dr. Yaggi, “cluster analytics” or machine learning methods are utilized to find patterns that are crucial to your health. Your statistics, for instance, may show that you have a significant chance of developing cardiac issues linked to sleep apnea.

All of this represents a change from earlier years, when sleep apnea was classified as mild, moderate, or severe based on a single measurement known as the apnea hypopnea index (AHI), which is a frequency count of the breathing pauses per hour of sleep. Sleep apnea severity levels may now be divided into six or seven categories. Previously, Dr. Yaggi explains, “we used to conceive about sleep apnea as a mechanical problem connected to a balance of forces in the upper airway and a patient’s unique anatomy, which may include the size of the jaw, obesity, and so on.”

However, research has found that roughly 50% of sleep apnea sufferers also exhibit non-anatomic physiologic characteristics, according to him. These might include things like profound oxygen saturation during sleeping, severe sleep fragmentation, or REM-predominant apnea (associated to the “dream” part of sleep).

According to Dr. Yaggi, “We’re starting to say upfront, ‘Okay, this person has this type of sleep apnea. As a result, we would suggest an oral appliance rather than immediately prescribing CPAP. Or, how about we try this medicine?'”

One of the most interesting developments, according to Dr. Zinchuk, is that clinicians can now often anticipate who will respond well to CPAP treatment and who is likely to have trouble tolerating it by employing sleep data analysis. Then, the therapy may be tailored using this information.

Why sleep apnea has to be treated

Everyone may develop sleep apnea, although males are more likely than women to do so (approximately 25% of men have the condition), as do persons over 50 and/or who are overweight, according to the National Sleep Foundation.

Finding the proper sleep apnea therapy for you is just as crucial as recognizing the illness; doing so will help you control it and prevent the myriad of additional issues that sleep apnea may bring on. Depression and other mental health conditions may be brought on by OSA. Untreated OSA patients are also more likely to develop cardiovascular diseases, high blood pressure, liver issues, metabolic syndrome, stroke, Type 2 diabetes, and postoperative complications. The list continues with worse job performance and auto accidents brought on by midday weariness.

Listen to your body, advises Dr. Zinchuk, if you feel exhausted after having gotten what you believed to be the recommended amount of sleep. If you believe that your sleep is being interrupted, he advises that you get professional assistance and have yourself evaluated since sleep apnea can be contributing to how you are feeling throughout the day. The likelihood is that you can do a sleep test at home, and you could discover that there are other treatment options that don’t necessarily need a CPAP.

The advantages of therapy may include restful sleep, increased energy, improved mood, and improved quality of life. Dr. Zinchuk explains, “It’s the sensation you get when you don’t realize you need glasses—the world seems a little fuzzy, but you don’t know any better. “After that, you don your spectacles and exclaim, “Oh wow, this is clarity. People believed that they were doing well. But it may really make a difference when they discover how much better they can be.

More to read: Feeling Tired Regularly? You May Be Suffering From Obstructive Sleep Apnea (OSA)

Feeling Tired Regularly? You May Be Suffering From Obstructive Sleep Apnea (OSA)

Are There Any Links Between Seasonal Allergies and Sleep Apnea?

5 Signs indicating that you have Sleep Apnea

No comments to show.